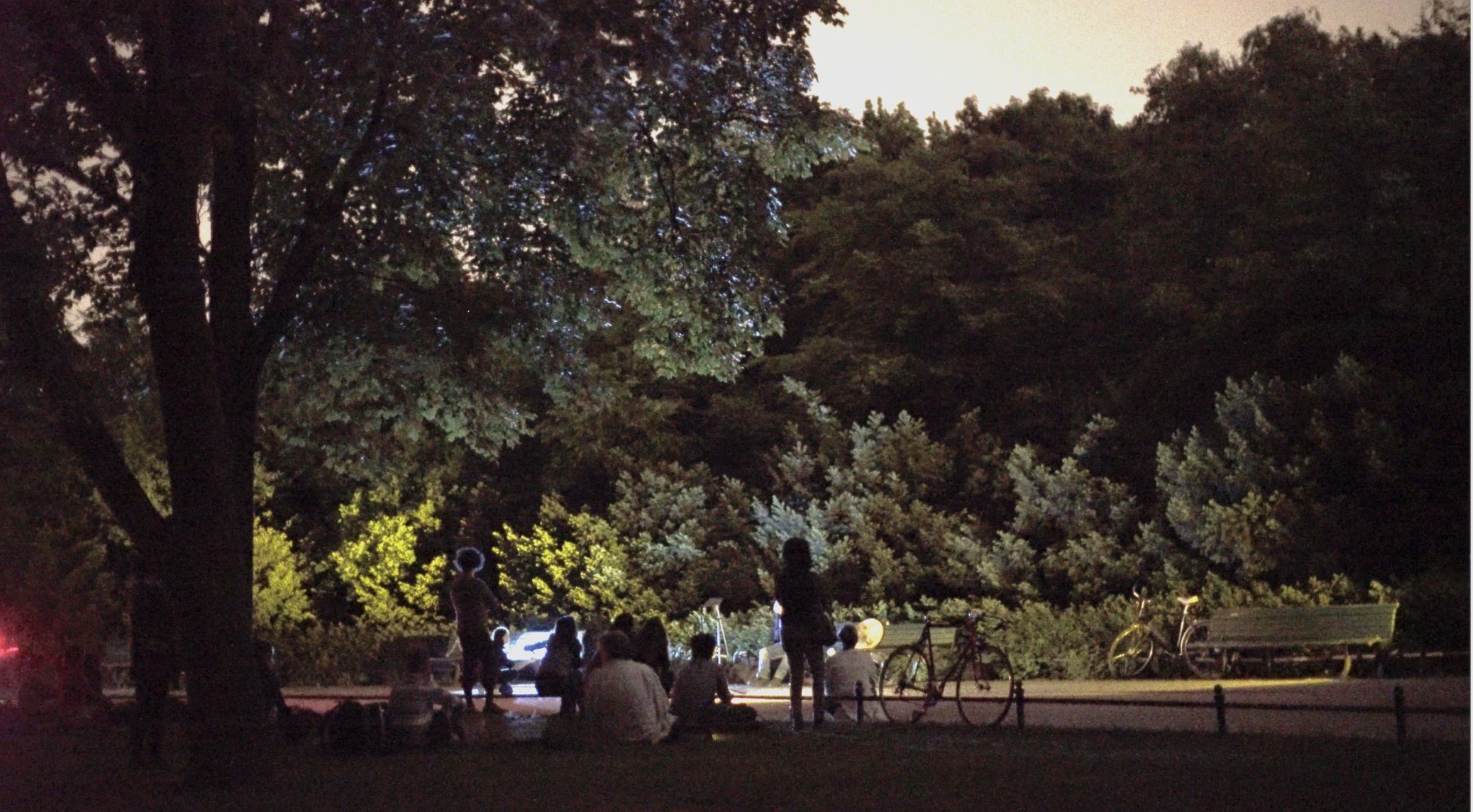 In the upcoming May evenings, when the leading musicians of the night of nature are nightingales, two unique sound events in the natural environment will take place as part of the Steklenik Gallery program. One of them will be in Škocjanski zatok Nature Reserve in Koper, on 14th of May 2022, starting at 7.30 pm.

David Rothenberg, an established American clarinetist, jazz musician, composer and professor, that has expanded and enriched his solo and improvisational career through artistic creation with other animal species, will improvise live in the area of ​​Iški Morost and Škocjanski zatok with nightingales and other birds living there. He will invite them to the interspecies improvisational session by listening intently and improvising on his clarinet. Due to his long-term collaboration with birds, Rothenberg understands their most subtle artistic impulses to sing.

Before the event, Rothenberg will give a lecture on different approaches to connecting with other animals through the arts, combining both professional and experiential practice. The lecture in Škocjanski zatok Nature Reserve starts at 7.30 pm and the live sound event at 8.30 pm.

David Rothenberg’s guest appearance is an important upgrade to the interspecies music series AnimotMUZIK, first organized in 2019 under the direction of zoomusicologist Katarina Radaljac. The primary idea to »promote sound research which encourages artists to create works with other animals and challenge the established modes of musical expression« remains the same. A composition created from animal sounds will be replaced by a much more direct performance approach, offering listeners the experience of a completely new and unknown form of a sound event – direct interspecies improvisation.

Signing-up for the event is mandatory, places are very limited. Write on tina.kocjancic@dopps.si to sign up.

David Rothenberg (1962) has long been interested in the musicality of sounds made by inhabitants of the animal world. He has jammed live with lyrebirds, broadcast his clarinet underwater for humpback whales, and covered himself in thirteen-year cicadas to wail away inside a wash of white noise. Musician and philosopher wrote Why Birds Sing, Bug Music, Survival of the Beautiful, and many other books, published in at least eleven languages. He has more than thirty recordings issued, including One Dark Night I Left My Silent House (ECM) and, most recently, In the Wake of Memories and They Say Humans Exist. He has performed or recorded with Pauline Oliveros, Peter Gabriel, Ray Phiri, Suzanne Vega, Scanner, Elliott Sharp, Iva Bittová, and the Karnataka College of Percussion. Nightingales in Berlin is his latest project, released as a book, CD, and film. Rothenberg is a Distinguished Professor at the New Jersey Institute of Technology.

Katarina Radaljac (1993), activist and master of musicology, they dedicate their research to the music of non-human animals and interactions with them – connecting various scientific and artistic fields such as zoomusicology, applied ethnomusicology, interdisciplinary art, human-animal studies, animal ethics and others. In 2019, they successfully curated the first edition of the interspecies music cycle – animotMUZIK (produced by Cona Institue), followed by its second edition in January 2021.

More information on the event in Ljubjana is available here.

David Rothenberg’s guest appearance in Ljubljana is part of the project Acoustic Commons (Soundcamp 2022) and belongs, together with a lecture by Katarina Radaljac: Interspecies musical creations in collaboration with DOPPS, to the program unit POznanje v Steklenik.

As part of the DOPPS campaign The Guardians of the National Forest, David Rothenbeng became the guardian of the Red-breasted Flycatcher.